Intelligent, disease-carrying, and destructive, rats can wreak serious havoc on a home. It’s easy to panic when you notice signs of these unwelcome visitors. Beyond being squirm-inducing, rats can chew through electrical wires, spread dozens of diseases, cause infections, and even bite humans thousands of times per year in the U.S. It’s no wonder that… Read More 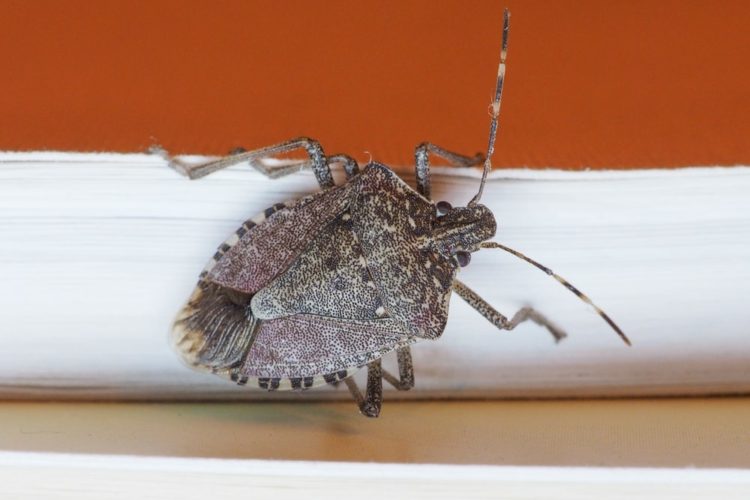 The arrival of stink bugs usually means that the summer is over and cooler months are upon as these stinky insects are looking for warm places to spend their winter. While they’re not harmful for your health, they are still an unpleasant (and smelly!) pest you don’t want to keep in your home, so here’s… Read More You don’t need to suffer from arachnophobia (fear of spiders) to detest the sight of those little eight-legged creatures scuttling around your home. If you’re sick of opening the shower curtain to find a spider staring back up at you, there are things you can do to get rid of spiders and deter them from… Read More So, you’ve spotted a flash of black-and-white fur scrambling around your yard. You’re noticing divots being dug up in the lawn, the garbage cans rifled through—and, perhaps worst of all—you are smelling that unmistakable funky odor. It’s official: A skunk (or a whole family of them) has decided your property seems like a pretty nice… Read More Silverfish are harmless, but nobody wants these silvery creatures lurking around the house. The problem is that our homes are just too appealing for these creepy crawlies, full of breadcrumbs to eat and dark and damp crevices to hide. If you find yourself in the midst of a silverfish infestation, you will want them gone… Read More 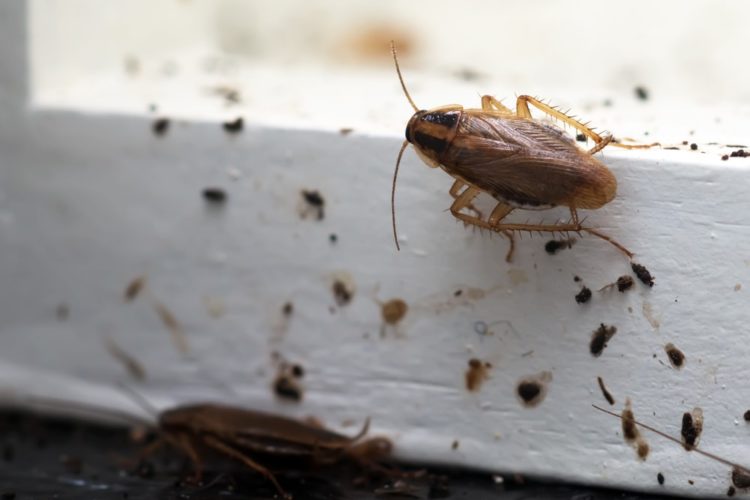 Cockroaches are hardy little critters with a reputation for surviving just about anything. So how do you successfully and permanently get rid of them? There are several tried-and-true methods available, which we will cover below. The first thing to consider, however, is what attracted them to your home in the first place. 1. What Attracts… Read More 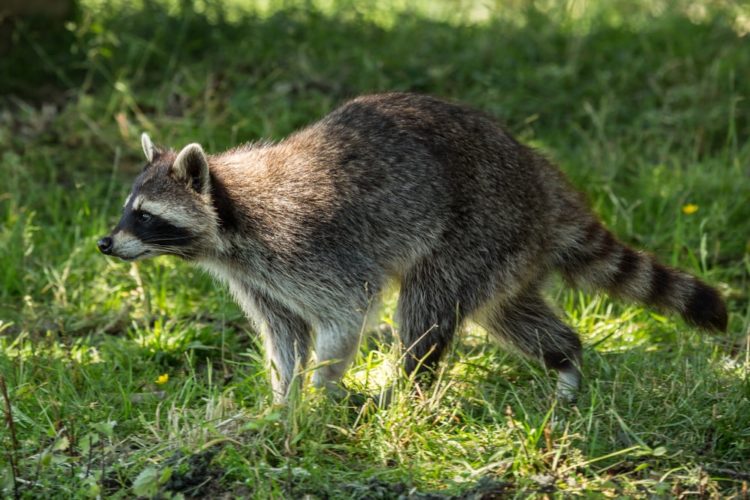 Raccoons can be cute, from a distance. But you definitely don’t want them living in your attic or using your garbage cans as an all-they-can-eat buffet. In addition to making a mess on your property or in your home, raccoons can spread diseases such as rabies, roundworm and canine distemper, according to the New York… Read More 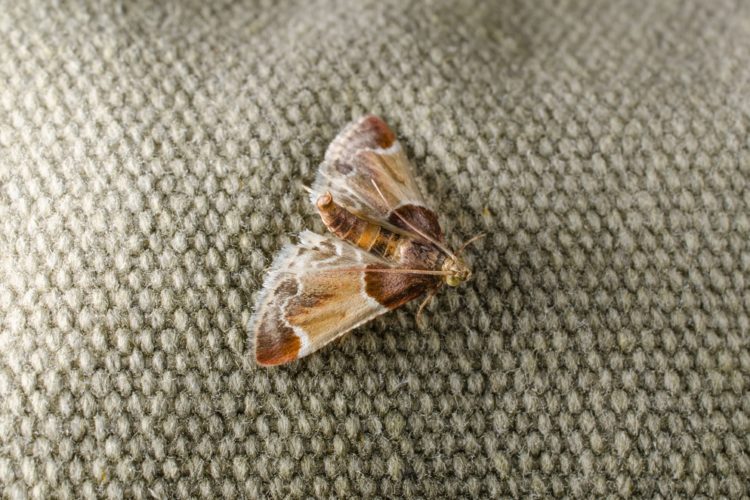 When moths invade your home, they do a lot of damage. Moths destroy clothing, bedding, and carpets. They can make their home in a box of your favorite cereal. They’re a challenge to get rid of, and even when you do, there may be a new generation of larvae ready to emerge from their hidden… Read More Trying to get rid of mosquitoes is quite an uphill battle, as these thirsty little bloodsuckers seem to be everywhere during your region’s warmer months. If you live in a warmer climate, you’ll be harassed by these maddeningly persistent pests all year ‘round. And with 3,000 different mosquito species, many of which carry infectious diseases,… Read More 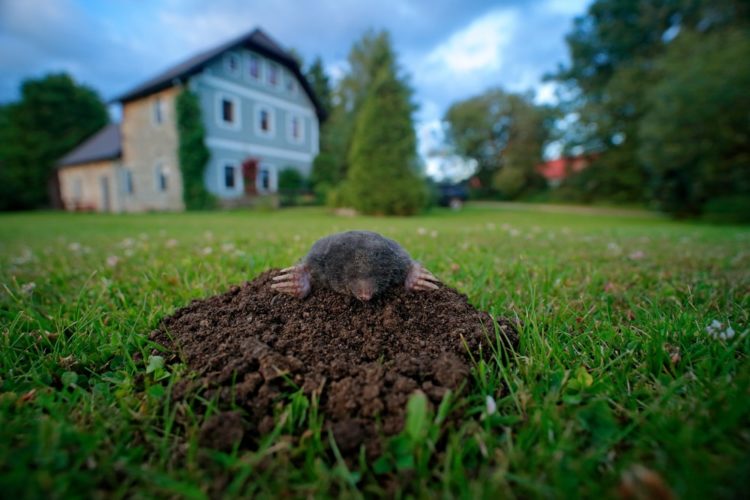 Like the name suggests, pests of all kinds are a nuisance to say the least, but moles can cause a considerable amount of damage to the grounds of your home or business. You’re likely wondering how to get rid of moles, so you can take back control of your garden before they strike again. Although… Read More Groundhogs are a very common backyard pest found throughout Canada, the Eastern United States, and Alaska. These mammals live in burrows that can run up to 30 feet horizontally two to five feet below the ground. You’ll find groundhogs around your garden area because it’s an easy food source, has soft soil, and it’s relatively… Read More 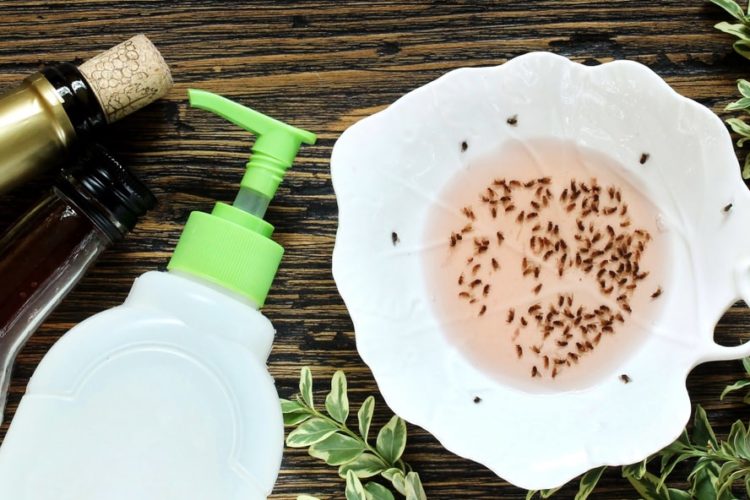 You do your best to ensure you clean up sugary spills, sweep the floor regularly, and even reach your arm in between the refrigerator and counter when your children throw food down there. Even though you’ve seemingly done everything right, you still have a gnat problem in your home. The bad news is, gnats are… Read More There’s nothing better than kicking back and relaxing in your warm and cozy house. With how inviting our homes can feel, there are furry critters just waiting for the opportunity to soak in some of this comfort themselves. Mice can find their way into your home through the tiniest of spaces and can wreak serious… Read More There’s nothing more pesky in the kitchen or garden area than bugs that linger and eat away our savored plants and nourishing delights. Worse yet, having annoying bugs in the house is a recipe for potential illness or general untidiness that you’d rather not have to contend with on a daily basis. Fruit flies are… Read More A flea infestation can be a massive inconvenience. Not only is your furry friend biting and scratching, but the pests will quickly spread throughout your home. Even if your pet isn’t allowed on furniture, you could find your bed, sofa, chairs, and floors are covered in fleas, forcing you to take quick measures to reclaim… Read More 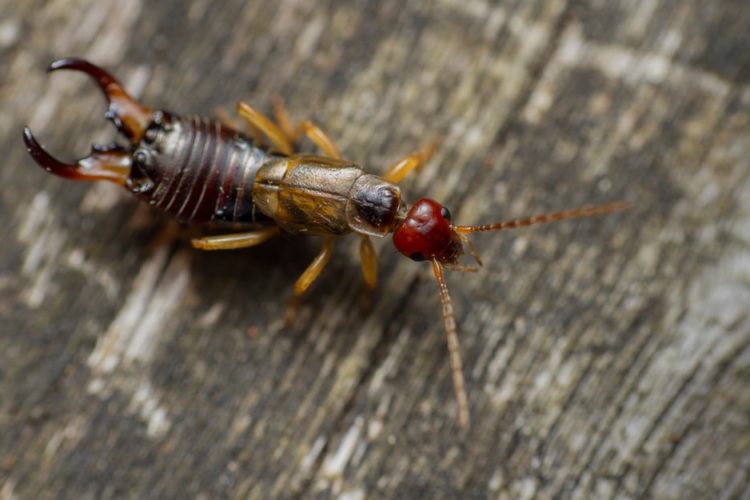 Despite their creepy looking pincers and the old myth of crawling into people’s ears, earwigs, also called pincher bugs, are pretty harmless. They don’t sting, aren’t venomous, and their pincers—while scary looking—won’t do much damage to humans. And thankfully no, they don’t actually crawl inside your ears and eat your brain! But they can still… Read More 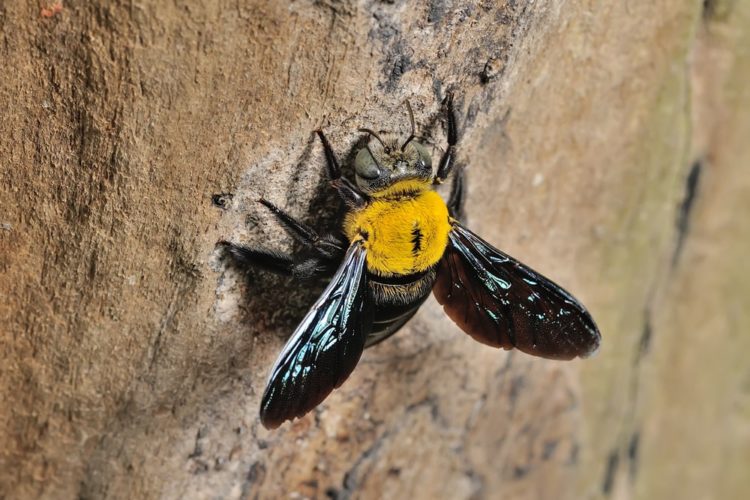 Termites are winged insects that can cause considerable damage to your home. There are many signs that you may have a colony, including hearing clicking sounds within your walls. You may also have noticed dead wings around your home, which happens when a termite finds a mate. Perhaps you’ve noticed chunks taken out of your… Read More Carpenter ants live on every continent except for Antarctica. Unless you grew up in a research tent, there’s a good chance you’ve had to deal with ants invading your home at least once. Carpenter ants live in colonies up to 3000 ants, and the wooden frame of your home makes a perfect nest for these… Read More 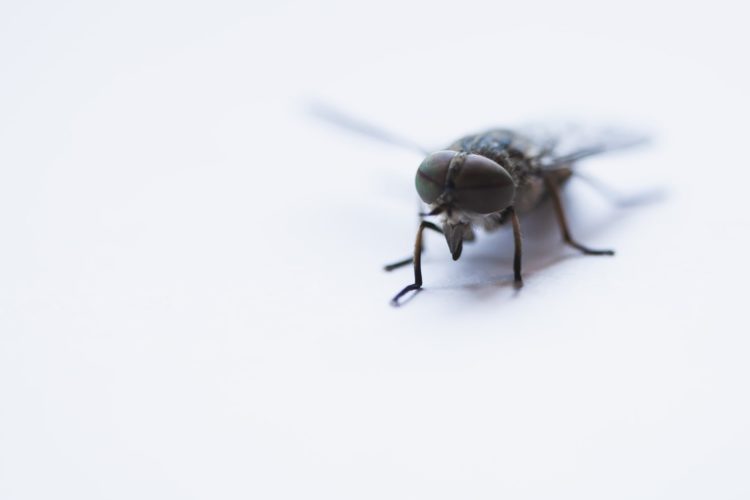 Are you experiencing a fly problem in your home? When the warm months roll around, so do insects and unwanted pesky visitors into your house While flies serve their purpose in our ecosystem by providing food for birds and other animals and breaking down organic matter in the environment, they are a nuisance when they… Read More 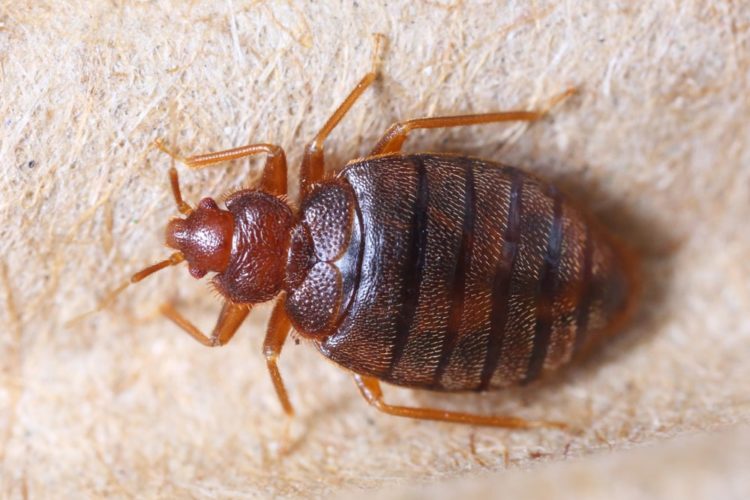 Have you recently discovered bites from bedbugs? These small, reddish-brown, oval-shaped bloodsuckers can be most commonly found in mattresses, beds, and couches. They can also be present in some unexpected places such as stuffed animals, purses, and wheelchairs. While they’re most commonly observed in the summertime, their lust for blood can extend to winters as… Read More 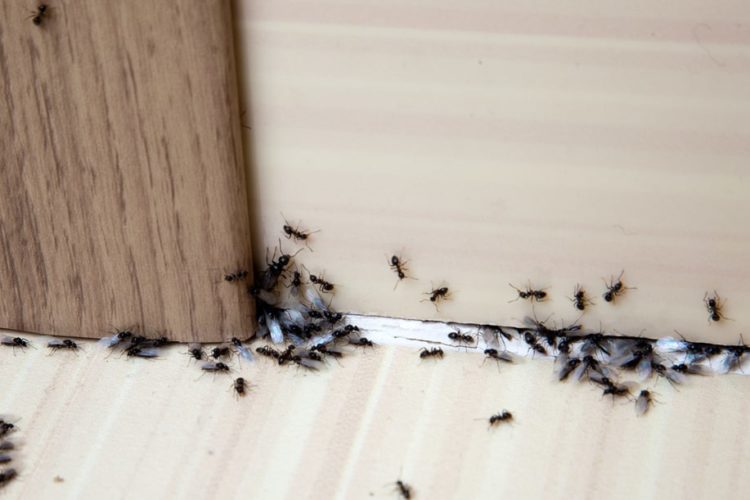 Ants are probably the least offensive of household pests. Watching an ant or two slink by isn’t usually cause for concern, but a large infestation of the industrious bugs is enough to give anyone the creepy crawlies. The good news is that most ant problems are easy enough to take care without the intervention of… Read More 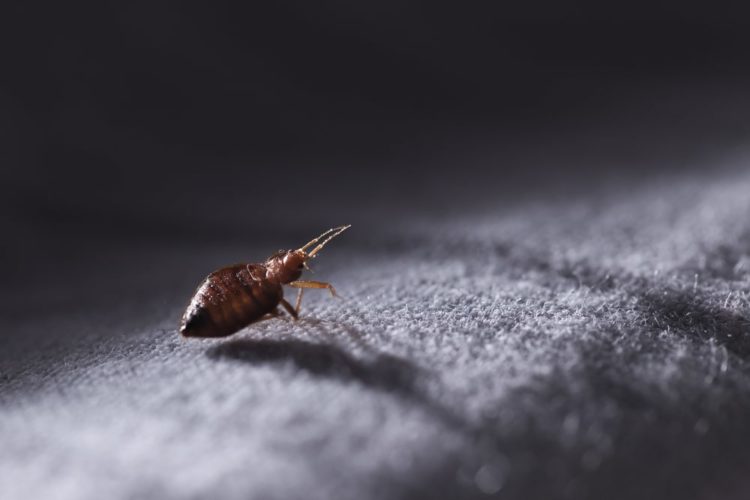 Enjoying the outdoors can bring enjoyment into your life, but it can also bring unwelcome visitors, like chiggers. These tiny arachnids can leave you scratching and suffering from painful bites. Chiggers are the immature stage of some mites. Learning about the life cycle of chiggers can help you make the right moves when removing and… Read More Although they might look scary, most bats are harmless. However, that doesn’t mean that you should put up with a bat colony in your home. Bat droppings, and urine can damage wood and other building materials, gradually destroying your home. If you choose to do nothing, there’s also the danger that you’ll be infected with… Read More 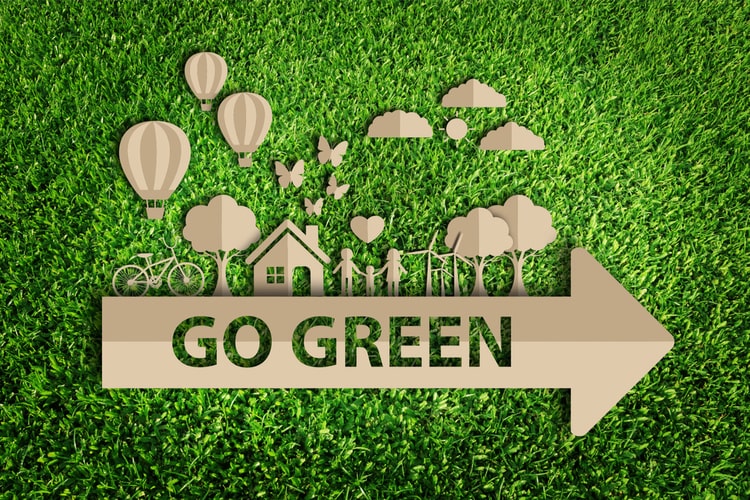 We’re more conscious about our environment than we ever have been, and TV shows like Chernobyl help us to understand exactly how fragile our surroundings actually are. Whether you live in an affordable city like Minneapolis; or an expensive location like New York City, as individuals we all still need to know what we could… Read More