The latest and greatest laser levels have left chalk lines in the dust. Even the most basic of laser levels are vastly more convenient and accurate than the old leveling and line-finding tools in your grandpa’s toolkit. They free up your hands and reduce the amount of work needed to identify straight lines for everything from home repairs to professional construction projects. The best laser levels are self-leveling and can line up multiple planes with bright laser lines that are visible for dozens or even hundreds of feet.

After reviewing dozens of laser levels we have identified the best available online. There are several types of laser levels on the market, each with its own benefits for certain types of projects, and while choosing our top picks we considered factors such as laser beam accuracy, device durability, and convenient features to make sure we found the most useful devices out there. Read on to see the best laser levels that you can buy online at Amazon today. 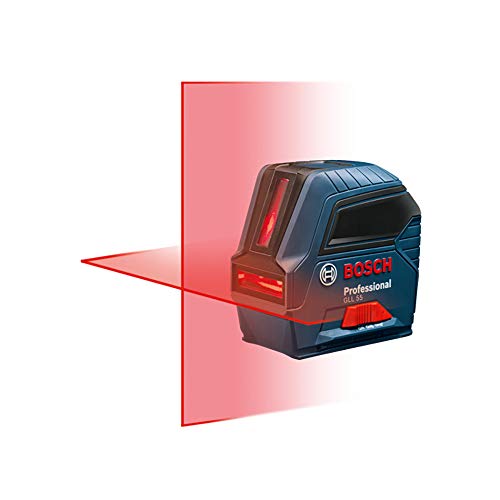 We have chosen the Bosch Cross-Line Laser Level as our overall top pick. It’s not the most advanced laser level on the market, but it is capable enough for most people’s needs. We found it to be a reliable, durable tool that’ll make for a great addition to any handyperson’s toolbox.

The Bosch Cross-Line Laser Level is a lightweight, compact, and powerful dual laser level that’ll make your home improvement projects and job site construction much easier. Its red vertical and horizontal lasers are precise and clearly visible up to 50 feet away from the device. The horizontal laser is self-leveling thanks to the internal pendulum, and the laser level will indicate when it has been set to an out-of-level position. Your cuts will be clean, your counters will lay perfectly flat, and you’ll never miss a stud again with this awesome dual laser level.

The self-leveling pendulum is protected and locked in place when the device is turned off, and users can manually lock out the self-leveling feature to create off-kilter lines when necessary. Both the vertical and horizontal laser lines can be projected together or individually from one another. Bosch’s proprietary VisMax technology keeps track of laser temperatures to protect the diodes from overheating while maintaining the maximum safe level of brightness. AA batteries are required to operate this laser level.

Designed to withstand dust and water, the over-molded design of this laser level has been given an IP54 weather-resistance rating. It was built to endure the harsh environments of working job sites, and included with its purchase is a magnetic L mount that can be attached to steel studs and other metallic objects. The Bosch Cross-Line Laser Level’s durable plastic casing is fitted with a rubber hand grip and comes with a hard plastic carrying case for safekeeping. It also comes backed by a two-year warranty. 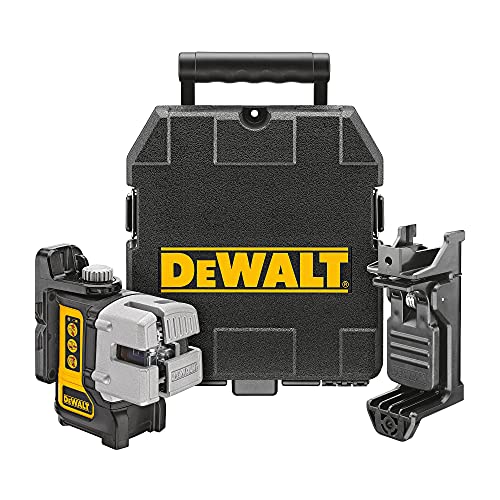 Durable, dependable, and definitely powerful, the DEWALT Line Laser surpasses expectations with its advanced three-beam technology and commitment to durability. A second plumb line has been added to form 90-degree intersecting lines on floors and ceilings which enables DIYers and contractors to perform layout work without the need for additional laser tools. Utilizing the continuous beam function results in straight, visible lines up to 50 feet long, and the pulse mode extends that range to an incredible 165 feet.

Despite this laser level’s advanced, multi-functional design, it is easy to operate with its simple one-button operation. There is also a knob for micro-adjustments to dial in those 90-degree layout lines to the perfect alignment. In order for this laser level to help you tackle tough work it has been covered in rubber over most of its surface to provide grip and absorb impacts if accidentally dropped, and the laser housing has been fitted with a metal roll cage for enhanced strength where it matters most. It also comes paired with a three-year warranty that showcases DEWALT’s confidence in this product’s robust design.

This laser level has a 1 3/4″ clearance track, meaning that its laser is positioned off of the ground and won’t be interrupted by small floor debris or pieces of drywall. It has an integrated magnetic pivot bracket that enables manual adjustments on the fly, and it is packaged with a universal wall and ceiling mount. The laser level has an IP54 rating which signifies that it is dust and water-resistant, it takes four AA batteries to operate, and it comes with a hardshell carrying case. 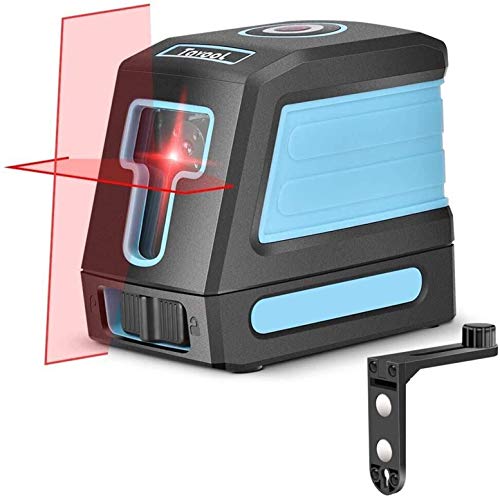 Tavool Laser Level
With functionality equal to that of our top overall pick, but at a price that can’t be beaten, the Tavool Laser Level is the best value laser level on the market.
$33.14
Buy on Amazon

They say that imitation is the sincerest form of flattery. If that statement is true, then Bosch must be feeling quite flattered because the Tavool Laser Level has recreated the company’s Cross-Line Laser Level and made it exceptionally affordable. Nearly every feature and statistic of the Tavool Laser Level is identical to that of our top overall pick, and it even is supported by a two-year warranty that will cover any manufacturing faults that could potentially surface.

This is a dual-beam self-leveling laser tool within a plus or minus four-degree adjustment range. With the push of a single button, you can activate both the vertical and horizontal beams simultaneously, or limit the display to a single beam at a time. A manual slide-trigger lock gives you the power to disable the auto-leveling feature for when you need to keep the lasers at specific angles. A magnetic wall mount is provided, and the laser level can be used in conjunction with a tripod.

Though this laser level claims to be waterproof, dustproof, and shockproof, it does not specify an IP rating like many other laser levels, and so you should be wary of those claims, though its construction does appear to be able to withstand all of these elements to a certain degree of resistance. AA batteries are required to operate the device, and one set of four batteries will give this laser level a 15-20 hour continuous runtime. 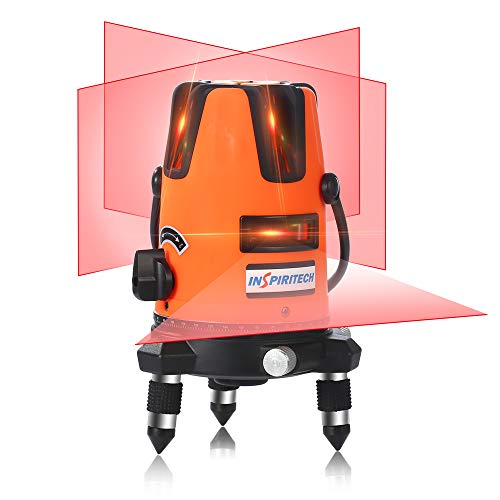 The Inspiritech 3D Rotary Laser Level is so incredibly versatile that you may have trouble deciding how you want to use it. Though this is a rechargeable laser level with a lithium-ion battery, it can also be plugged directly into a wall power socket or powered by a set of AA batteries. An onboard battery level indicator will let you know when the rechargeable battery is getting low, but you’re sure to always have a backup ready to go with one of the other two available power modes.

On top of the power versatility, this laser level has five different laser beams and a plumb dot that can all be adjusted in a variety of ways. The laser level is self-leveling within a plus or minus three-degree tilt, but its 360-degree rotary design enables you to place your lines any which way you want. When manually adjusting the lines, you can use the bubble level located on the top of this device as guidance. There is even a tilt mode for when you specifically want the device to created tilted lines for unique circumstances.

The aluminum base as three adjustable leg brackets that function as a small built-in tripod, and there is a threaded tripod mount as well. A foam-insulated carry bag is included with purchase. All of these amazing and unique features aside, the rechargeable lithium-ion battery is really what makes this a great purchase as it will pay for itself with how much money you will save on disposable batteries. Users have found this to be one of the few rechargeable laser levels available on the market, and all of the versatile functionality of this rotary laser level makes it the best of the bunch. 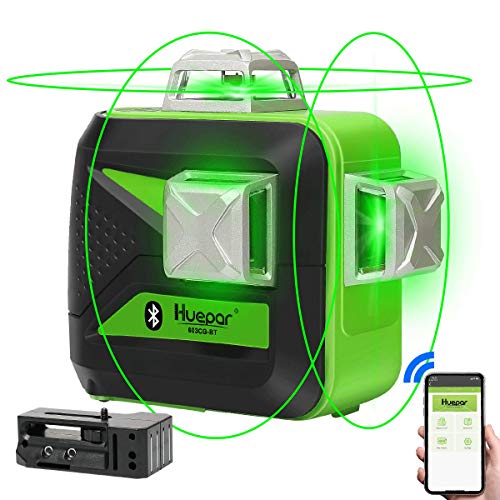 Huepar 3D Laser Level
You can adjust the Huepar 3D laser Level from across the room with Bluetooth connectivity to the Huepar app on your smartphone.
$179.99
Buy on Amazon

Bringing laser levels to the modern age, the Huepar 3D Laser Level has Bluetooth connectivity that syncs with the company’s Huepar smartphone app. This handy feature enables you to control the device from across the room via your smartphone. The app is capable of switching the individual green laser lines on and off, enabling pulse mode, selecting the laser planes, adjusting the laser brightness, and it will signal an out-of-level alarm if the laser level is unable to attain or is moved out of a flush level stance.

There are three 360-degree laser planes that can be emitted from this device, one horizontal and two vertical. Those planes create 90-degree intersecting lines on floors and ceilings, and this laser level can self-level within a plus or minus four-degree tilt. Users can also lock the interior pendulum to achieve straight lines at any angle or tilt. The lasers are emitted by ultra-strong diodes that are able to create visible lines that stretch 130 feet at maximum brightness, and when pulse mode is enabled those lines extend to an impressive 200 feet in visible length.

A rechargeable lithium-ion battery, four AA batteries, or a direct outlet connection can all be used to power this device. Two tripod mounting threads have been fitted to the underside to accommodate the two most common mount sizes. A magnetic wall mount, laser target plate, power adapter, four AA batteries, a AA battery holder, and a carry case are all included with the purchase of this laser level. Durable plastic and rubber cover the device which has been given an IP54 water and dust-resistance rating, and each laser emitter is covered in its own protective metal cage. The smartphone app is free to download, and the unit comes backed by a two-year warranty.

Modern technology has certainly improved our daily lives and made simple, mundane tasks even easier to accomplish. Laser levels are just one way that advancing tech has improved the way we work on home improvements and construction projects. The best stud finders also have made these tasks much easier, as have other awesome tools like cordless drills. Have you upgraded your toolbox lately? 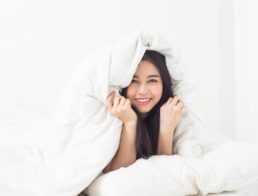 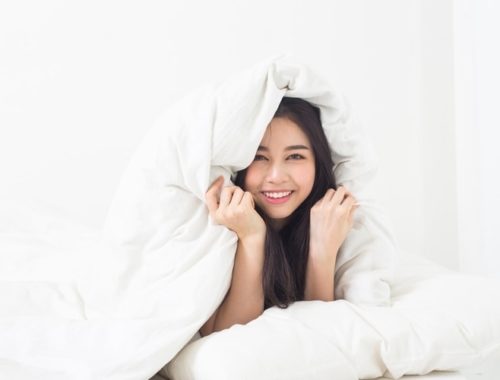 The Best Down Comforters 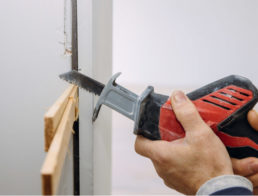 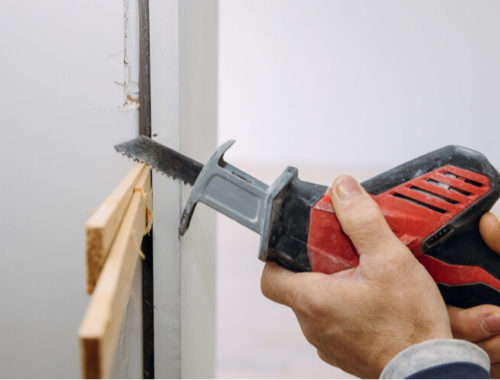 The Best Reciprocating Saws and Sawzalls 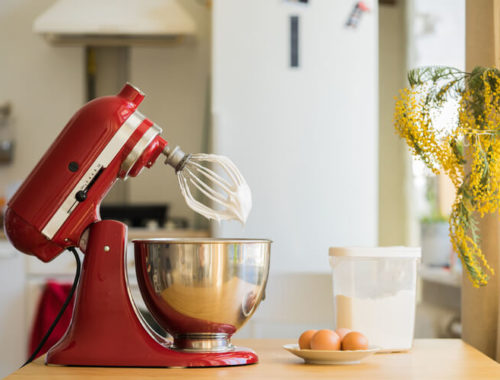 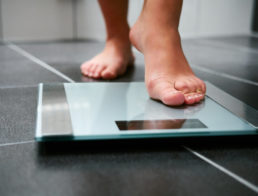 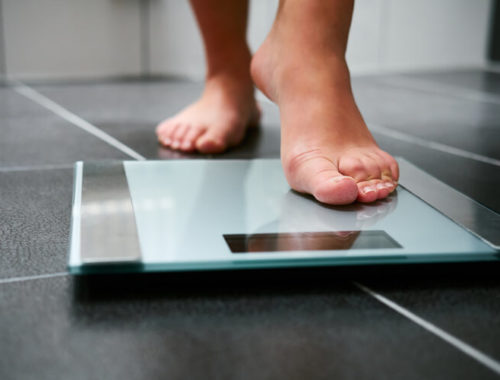